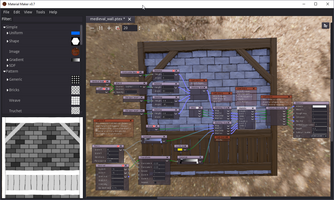 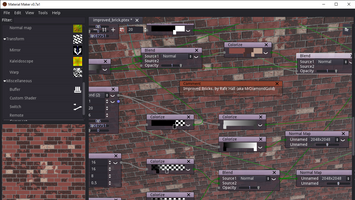 Material Maker has been updated to 0.7, and includes all features from 0.5 that were missing in 0.6 (blur, emboss and export nodes). And much, much more.

There are quite a few changes in Material Maker, many of which were submitted by new contributors: