Material Maker has been updated to 0.95, with many new features, including an editor for 3D environments (for the 3D preview and the mesh painting tool), and a major nodes/brushes library management update, as well as a few new and improved nodes. As always, please don't hesitate to report bugs and submit ideas for new features and new nodes for next releases on Github.

I would like to thank everyone who donated, contributed patches (the number of pull requests skyrocketed for this release!), reported bugs or suggested new features, as well as active users who created quite a few awesome textures and materials. Most of those are available on the Material Maker website.

The new environment editor can be used to define and modify 3D environments for the 3D preview panel and the mesh painting tool. An environments consists of a HDRI image, ambient light parameters and a directional light.

The Library panel has quite a few new features: 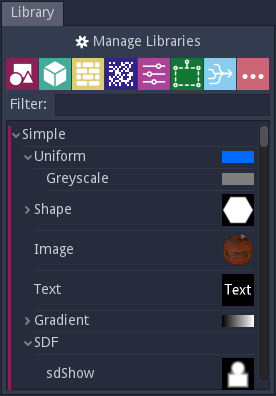 This filter behavior also applies to the Node menu, and this menu also remembers your favorite nodes to show them at the top of the list.

In addition to linked controls and configurations, the Remote node now has named parameters. Those are numerical parameters that can be used in parameter expressions of all nodes located in the same subgraph as the Remote node.

This makes it possible to control several parameters of a subgraph in a very flexible manner using a single parameter of the Remote. In the example below, the same parameter is used to compute the size, border width and edge count of the generated polygon. 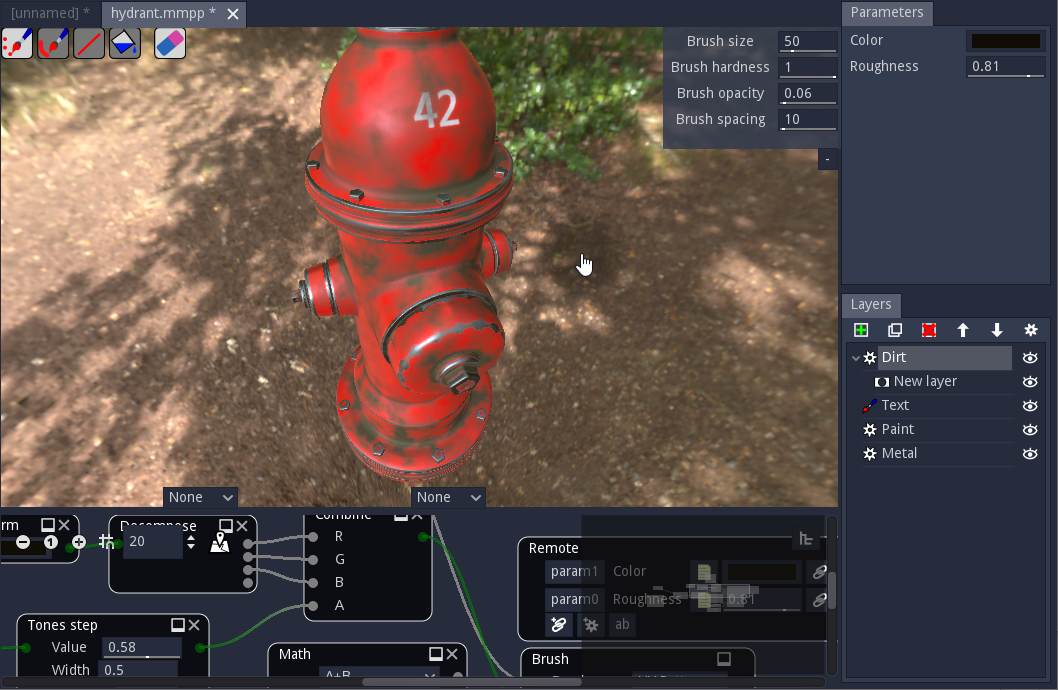