Material Maker has been updated to 0.99, with a bunch of new nodes and features such as jitter in painting tool and environment sharing on the website as well as many bug fixes. As always, please don't hesitate to report bugs and submit ideas for new features and new nodes for next releases on Github.

Thanks a lot to everyone who support this project on Patreon or donated here on itch.io, contributed new nodes or new features for Material Maker, suggested new features or reported bugs, or posted awesome materials and textures on the Material Maker website.

As all SDF related features this is mostly based on code and articles by Inigo Quilez.
This node has a huge roadmap and will be improved in future releases. 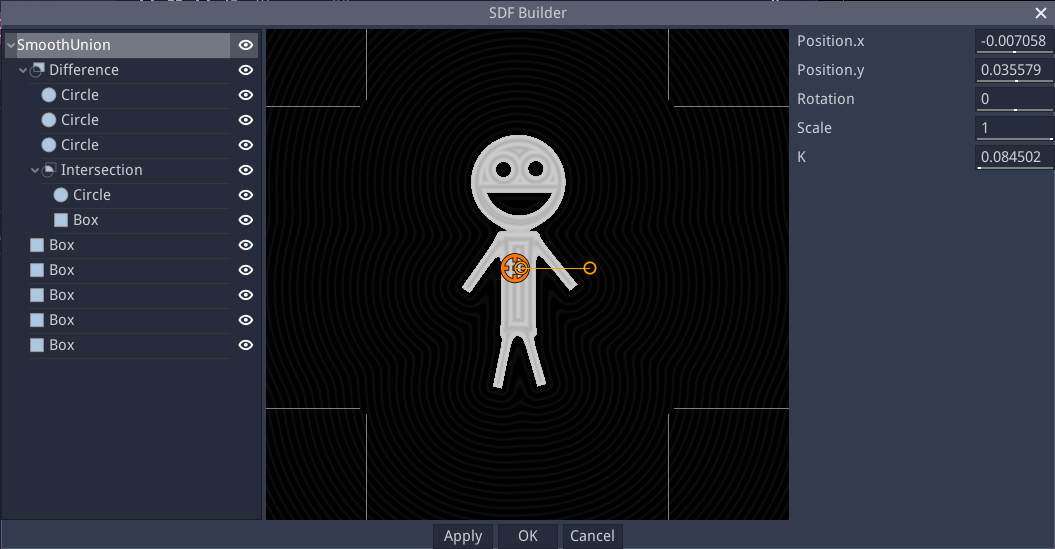